The Wizard of Oz is one of my favorite movies. I’m guessing you’ve either seen or heard of it. The film has an iconic phrase that Dorothy, the main character, repeated three times so she could get back to her family in Kansas:

OFF TO SEE THE QUEEN

In 1958 my Air Force father received orders for England, so off we went. I was just a toddler and don’t remember much. But what I do remember is how excited we were when it was time to go back. Why? Because:

Nazareth was Mary and Joseph’s ancestral home and it would be home for Jesus too, but not in the beginning. It would take a couple of years to get there. We know that he wasn’t born there, but in the small village of Bethlehem. Not long after his birth they escaped to Egypt to flee from King Herod’s intent to murder their infant son, the new King of Kings. 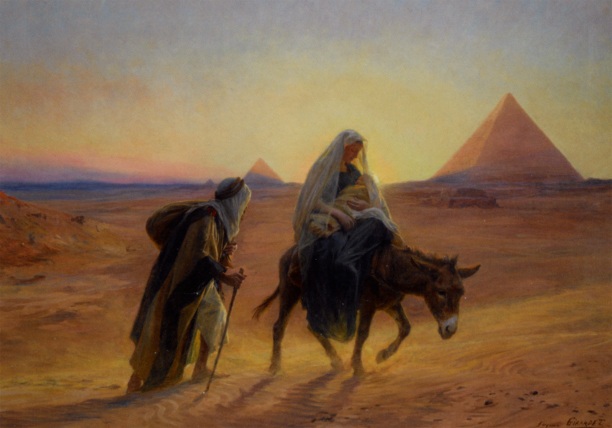 The strategy was to get out of Palestine and away from Herod’s clutches. But Egypt? I wonder how Joseph made a living? Did he speak Egyptian? Did they live off the treasures presented by the Magi? Was there a Jewish community, or a Synagogue? Could the grandparents visit? Hiding in Egypt must have been scary, difficult and lonely. But when it was safe, they returned to their family home in Nazareth, and so Jesus would be known as, “The Nazarene.”

The world needed him to die, to be sacrificed, but not as an infant and not in Egypt, Bethlehem, or Nazareth. At the right time it would happen in Jerusalem. But until then, Jesus was protected by two courageous people of faith who loved and cared for him.

Thank you Mary and Joseph.

At the right time Jesus died for us. He died because he came to die, he was born to die. In this holiday season we give thanks and praise for Emmanuel, our God who came near. For like Jesus in Egypt, this world is not our home.