It took 30 minutes when it normally takes only five.

Yesterday, I drove from my office to get some lunch. Its a five-minute drive. But cars were bumper to bumper and lacked purpose and intentionality of movement.

Lots of things are busy:

They can be very busy. Everybody coming and going. Shopping and spending. Its madness. But that’s the holidays.

Passover was a holiday, of sorts, and busy. Hundreds of thousands attended from everywhere. It was crazy crowded and Jerusalem was a beehive. Money to be exchanged, animals to be sacrificed, relatives coming in by the bucket full.

During the week before Passover, Jesus and disciples would come in to Jerusalem in the mornings and then leave in the evenings.

However, there was one day he might have stayed too late. He ended up in Gethsemane, on the Mt. of Olives, where he was betrayed. They arrested him, led him back into the city, and put him on trial; back and forth between the Roman and Jewish authorities. Ultimately, the Roman governor caved and let the mob have him. “Take him away, take him away.” So, they did, to Golgotha.

The Via Dolorosa, the way of sorrows, was clogged with Roman soldiers, Jewish Temple guards, and a severely beaten and scourged Messiah carrying his cross. People were coming and going and shopping and spending. There were sheep and goats, and open air shops. The children were running and the merchants were selling. It was the Feast of Passover. And It was crazy crowded.

It took 30 minutes to get to places that normally only took five.

I wonder if Jesus wished he had gone back to Mary and Martha’s instead of to Gethsemane? It really didn’t turn out so well for him. 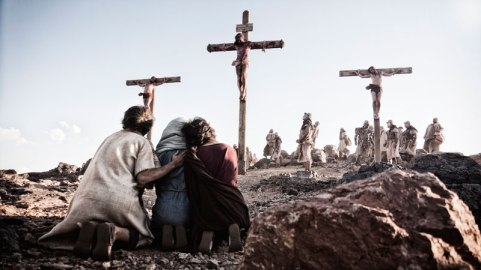