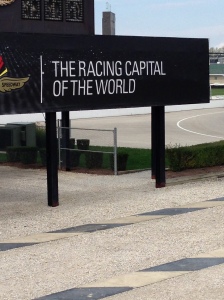 I should have been a race car driver. But I’m not. If I had been, I would have raced at the Indianapolis Speedway, the racing capital of the world. 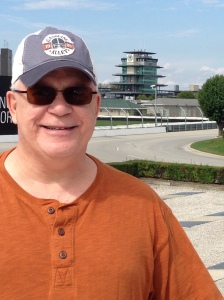 Here I am in front of the track with that iconic tower in the background. I could smell the burning rubber and high-octane fuel.

Getting to see the winning cars in the museum was awesome. I

marveled at how sleek and powerful they were. I could have been a driver. 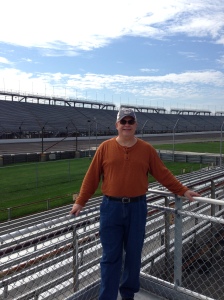 It was so cool at track level, I could almost feel the wind of the speeding cars rushing by. It stirred my imagination. I was born to race. 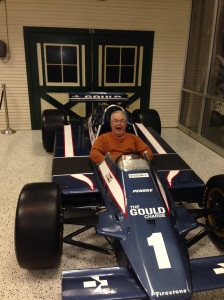 I’m in an Indy car. Feels good, feels right. If I were years younger, pounds lighter, and inches shorter, I could have made it. Talent and ability would have helped. Can you see how good I look? But I was never meant for such things.

Yes, I was at the Speedway and wearing my cap. I’d taken the tour and seen the museum, (It’s where I got the cap). But it wasn’t enough. I guess it takes more than a hat to race Indy cars.

Will it take more to be an effective believer? Will it require more than a hat to change our world? We look out and see hard and complex things all around us. There’s hatred and violence, and Satan rules as the Prince of Darkness. We believers need to put on the armor of God, fighting not with the weapons of the world, but with divine power. Has there ever been a better time for Christians to be vessels of holiness and instruments of light? The army of God marches in humility and prayer. But, we march as soldiers of righteousness. We are cities on hills, shining out bright and clear. The darkness cannot be wished away. It can only be expelled by light, yours and mine. The word of God empowers us and the Holy Spirit fills us. We need to suit up for the darkness is gaining.

To be a truly effective servant of Christ requires more than taking the tour. Come on folks, let’s get in the game. Let’s win the race.